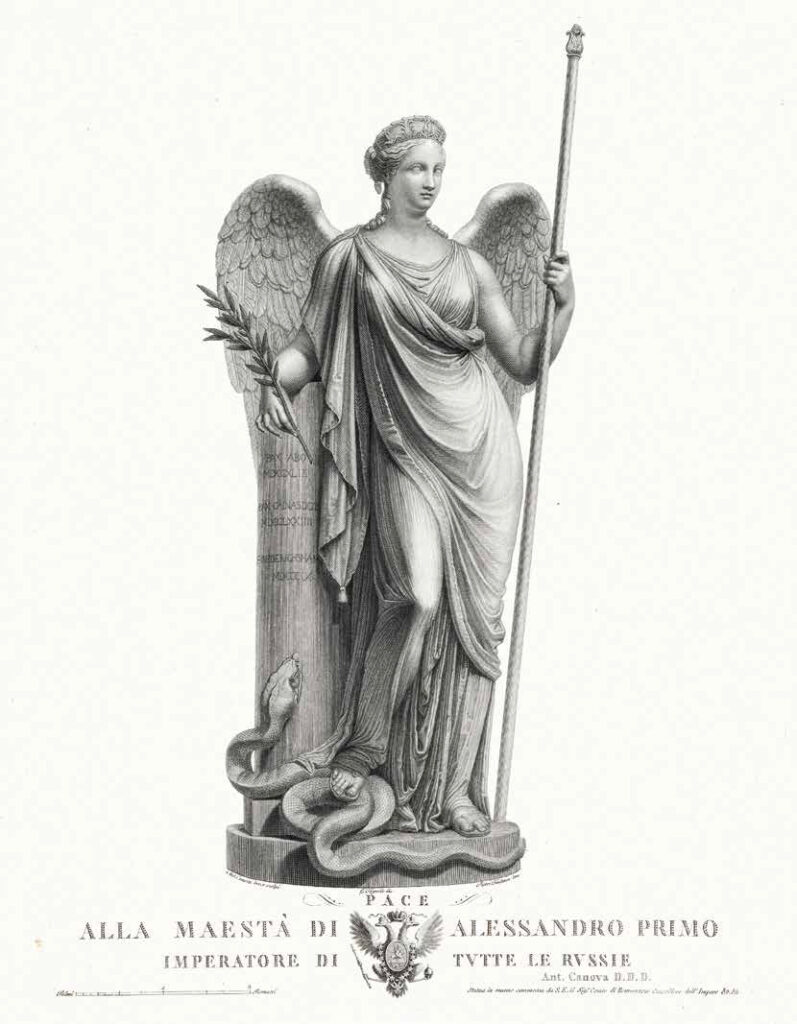 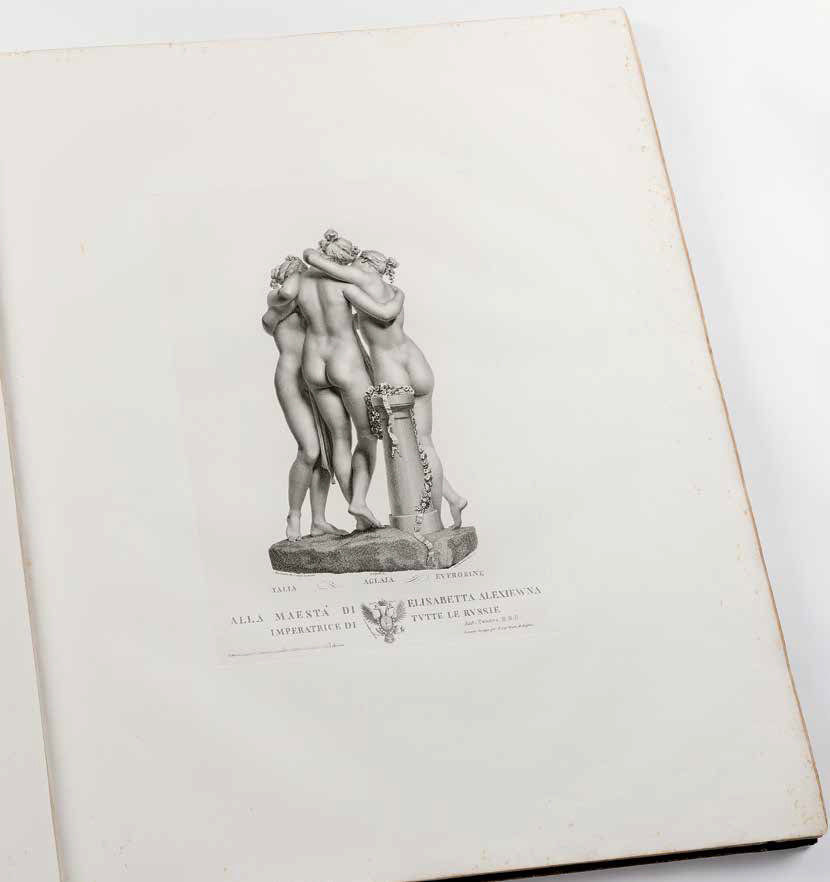 Antonio Canova, was among the first to understand the importance of promoting his own creations.

No sooner did his name start to be known in Rome than Canova began to have engravings made of the originals. These included Theseus and the Minotaur (Teseo vincitore sul Minotauro), as well as the funerary monuments to popes Clement Clement XIII and XIV.

Not only were these engravings very large, but the quality was outstanding. Indeed, Canova maintained a constant output of such works, all of them produced under his close supervision. His attention to detail was obsessive. He hand-picked the engravers and instructed them as to the point of view they were to take. He disliked mere illustration, privileging shading to provide a three-dimensional sense of the works, not infrequently opting to mount the pieces on a rotating base.

While his original idea was to gift these prints to friends, dignitaries, and other people of influence, as a way of providing exposure for his growing body of work, a market for these prints soon merged in Rome, as well as Paris and London, with exclusive rights being granted to select dealers.

These engravings were the primary means for making Canova’s work better-known, both to the general public and to the critics, who often used them — as opposed to the originals — as a base for their writings.

The outcome being that these engravings become collectors’ items.

Pietro Giordani, an exponent of the literary purism of Napoleonic learning, an advocate of Neo-classical aesthetics and an admirer of Antonio Canova, wrote to him in 1813, saying that
he wanted to furnish two rooms in which he would live out his life, the walls of which would be hung with the prints of Canova’s works. (“Io voglio acconciare due stanze, nelle quali vivrò e morirò tutte parate colle stampe delle tue opere”).

Stimulated by the market response, Canova became ever more entrepreneurial, opting to establish his own engraving works, the better to maintain quality control over the product, as well as to maximize income.

After his death, some 165 copper-plates were inventoried and these were later acquired by the
Calcografia della Camera Apostolica in Rome.

In this section, we can also see a series of engravings featuring landscapes of the area around Possagno, Canova’s birth-place, less than 50 km (30 miles) from Treviso.

You can find out more about which cookies we are using or switch them off in settings.

This website uses cookies so that we can provide you with the best user experience possible. Cookie information is stored in your browser and performs functions such as recognising you when you return to our website and helping our team to understand which sections of the website you find most interesting and useful.

Strictly Necessary Cookie should be enabled at all times so that we can save your preferences for cookie settings.

If you disable this cookie, we will not be able to save your preferences. This means that every time you visit this website you will need to enable or disable cookies again.

This website uses Google Analytics to collect anonymous information such as the number of visitors to the site, and the most popular pages.

Please enable Strictly Necessary Cookies first so that we can save your preferences!

Please enable Strictly Necessary Cookies first so that we can save your preferences!